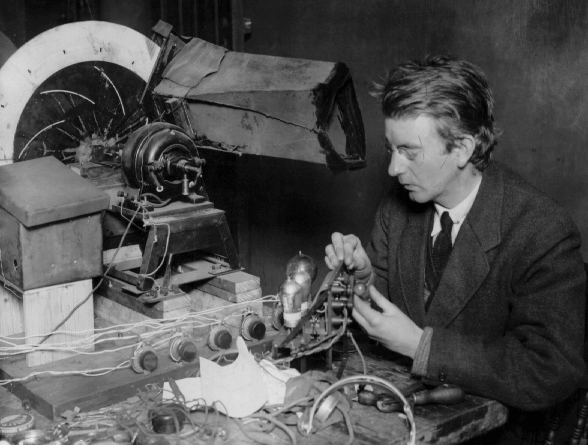 One of the great inventors of the 20th century, John Logie Baird obtained the first recognizable television image on October 1, 1925, well over a year before the American telephone giant AT&T was able to produce a similar transmission.

Baird’s company organized the first television broadcasting system in the UK, which began operations in 1929.

Baird continued his work at the cutting edge of television technology for the rest of his life. He demonstrated the first colour television in 1928, stereoscopic 3-D television, and the world’s first all-electronic colour TV system (patented in 1940)