What Could People Watch On Television? 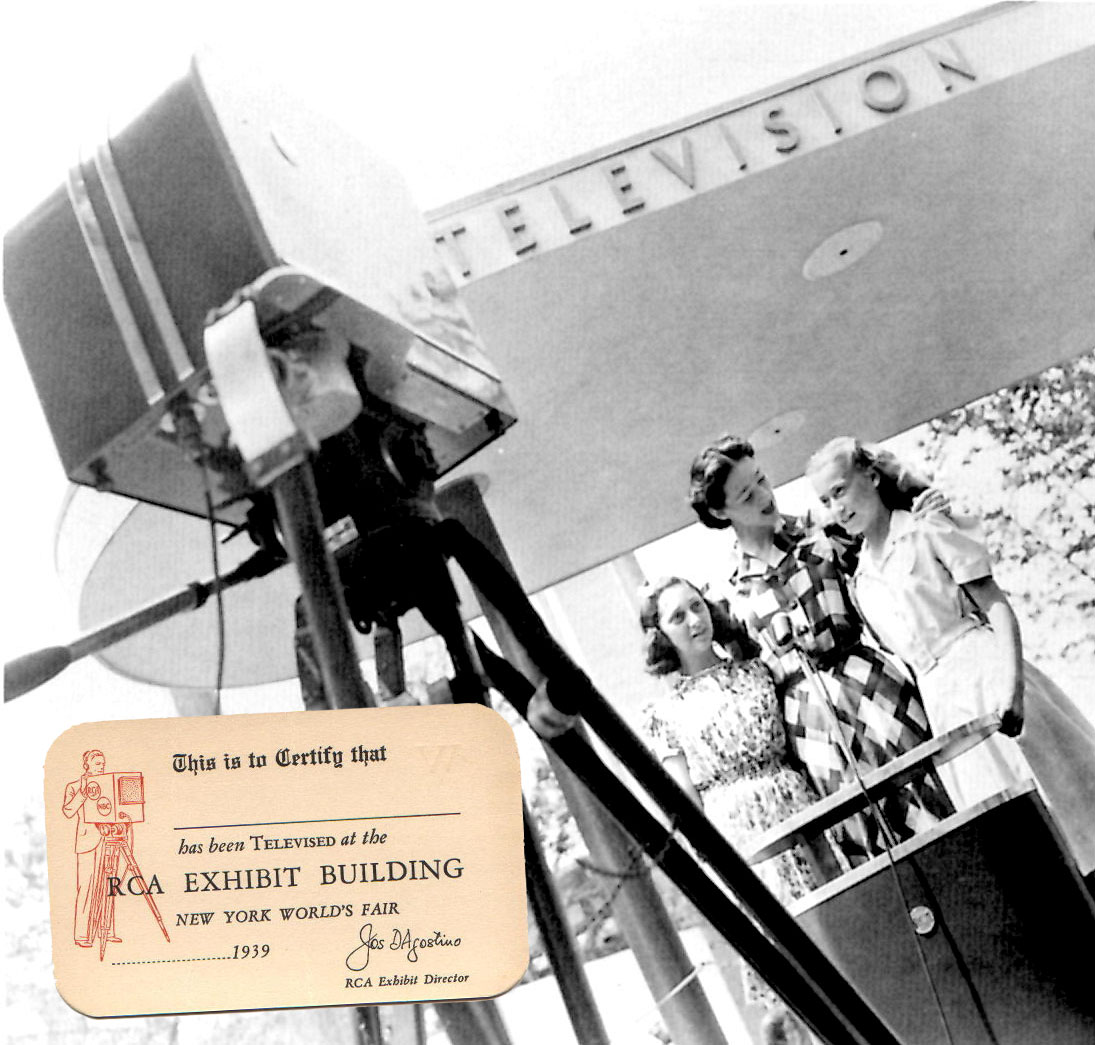 Programming was broadcast from the NBC studios (or the mobile camera trucks) to a transmitter that was connected to an aerial at the top of the Empire State Building. Programs included operas, cartoons, cooking demonstrations, travelogues, fashion shows and footage of skaters at Rockefeller Centre. DuMont Televents posters from 1939 and 1940 promote films, live events and sports. There were also numerous live telecasts relayed from within the Fair itself.